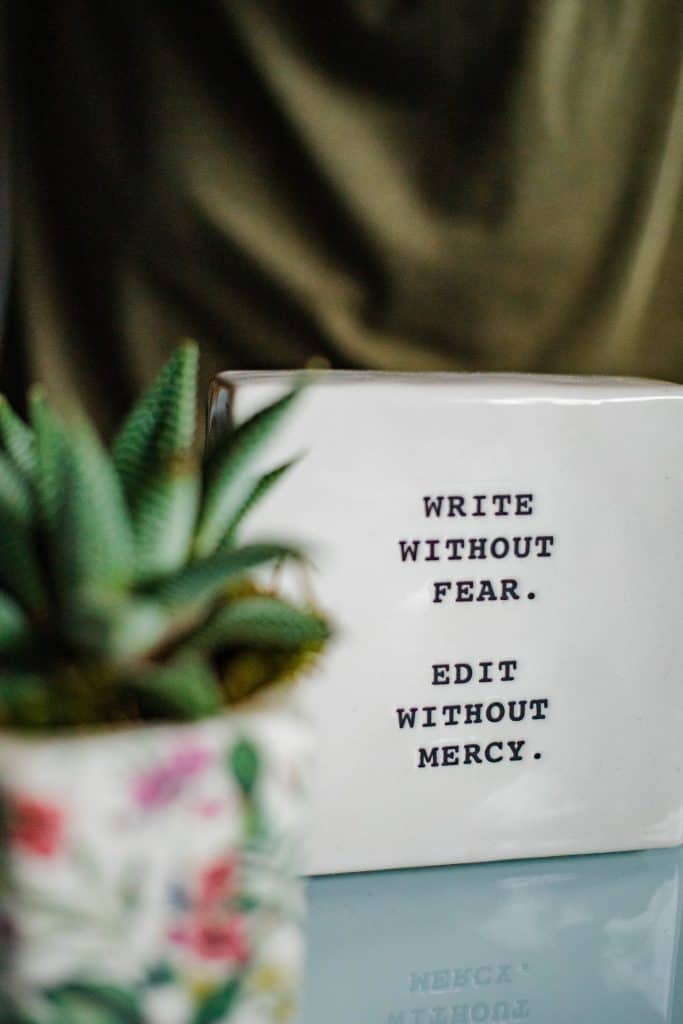 Grammarly vs ProWritingAid vs Google Docs vs Microsoft Editor

So, Grammarly vs Prowritingaid vs Google Docs vs the new Microsoft Editor. This isn’t going to be your usual post about the availability of grammar checkers and the features each one of them offers. What I am going to do is test four of the main grammar checkers to see how they compare against each other in terms of competence. For this reason, I have constructed a 15-question sample against which I will test the efficiency and accuracy of Microsoft Editor, Google Docs grammar checker, Grammarly and ProWritingAid.

Before that, let me just say that we should consider ourselves lucky to have free spelling and grammar checkers at our disposal. Microsoft recently released Microsoft Editor, and Google Docs has vastly improved its grammar checker — the latter offering AI suggestions that would amaze even the most discerning scholar with its accuracy. On the other hand, we have the two “big names” when it comes to grammar checkers: Grammarly and ProWritingAid, both offering a free and premium service. So how do these four stack up?

I have designed 15 sentences that have a variety of grammatical mistakes: punctuation, singular/plural agreement, correct use of the tenses, adjective forms, adverbs, collocations, conditionals, phrasal verbs, gerund vs infinitive, pronouns, etc.

And here are the mistakes:

Sentence 1: Punctuation. There should be a comma after “white” because “and” connects two independent clauses.

Sentence 2: Punctuation. The comma after “blue” should be omitted. It is a list of only two adjectives, not two different clauses.

Sentence 3: Punctuation. Conditional sentences that begin with “If” should have a comma. In this case, there should be a comma after “hurry”.

Sentence 4: Punctuation. There should be a question mark at the end of the sentence.

Sentence 5: Singular/Plural agreement: “Are” instead of “is”.

Sentence 6: have/has agreement: It should be “have” instead of “has”.

Sentence 7: Relative clauses: It should be “which” instead of “who” since we are referring to an object.

Sentence 8: Tense agreement: “Has” should be omitted. We should use the Past Simple instead of the Present Perfect Simple since we are referring to a specific time in the past.

Sentence 10: Adverb vs adjective. We should use the adverb “happily” instead of the adjective “happy”.

Sentence 11: Contraction vs pronoun. Here we need the possessive pronoun “its”. Not to be confused with the contraction “it’s” which means “it is”.

Sentence 12: The opposite rule should apply here: we need the contraction “it’s” instead of the possessive pronoun “its”.

Sentence 14: Gerund vs infinitive. After the verb “enjoy” a gerund should follow, so here it should be “enjoy playing”.

Sentence 15: Collocation/Expression. “Bear in mind” is the correct collocation here.

Sentence 16: Word order. “Not to” is the right syntax of the negative phrase.

This is the new kid on the block. It was officially released less than ten days ago as an extension for Chrome and Edge. Microsoft Office already includes the service, and its suggestions are definitely above average. While still in its infancy, it catches most spelling mistakes. As for the grammar suggestions, it will point out the most basic ones.

The built-in Word Editor is full-featured offering suggestions in 6 areas: Spelling, Grammar, Clarity, Conciseness, Formality and Punctuation Conventions. Another feature that is not immediately obvious is the “Rewrite” function. Just highlight any sentence, right-click and choose “Rewrite”. If the Editor thinks there is a better way to rephrase your sentence, it will offer a suggestion.

If you don’t want to use the built-in Word Editor, there is a browser extension. It has just been released so you might find a few glitches here and there. Still, it looks like a promising new extension for our everyday browsing.

Please note: Microsoft has announced that if you have a Microsoft 365 paid subscription, the Editor will offer even more corrections and suggestions

In my sample test, Microsoft Editor (the built-in Word feature, not the extension), found 7/15 mistakes. Specifically, sentences 1, 4, 5, 6, 9, 11, 14 were marked as wrong. It’s interesting to see that the Editor highlighted the contraction in sentence 10 (it should be “its”) but failed to highlight the reverse mistake in sentence 11. Still, it spotted more than half of the errors.

At the time of writing, I tried it both with and without my 365 subscriptions, and it caught the same number of mistakes, so I guess the enhanced functionality for paid customers might be implemented fairly soon (it might have been implemented by the time you read this).

The Google Docs grammar checker is the biggest surprise here since it is now offering Artificial Intelligence (AI) suggestions that most of its contenders can’t match. It will catch mistakes when using the wrong expressions or collocations. For example, I tried importing documents with wrong expressions, for example, “at the first hand” (instead of “at first hand”), “double price” (instead of “double the price”), “did a trip” (instead of “made a trip”) and Google Docs was the only editor that managed to correct them using its AI service. Having said that, I have noticed that the built-in spell checker in Google Chrome doesn’t still find all the grammar mistakes that Google Docs does. So, the only way really to test it is to use Google Docs.

Grammarly offers both a free and a paid version. Some people find the price tag of the premium version steep, but one could argue it’s well worth it.

The free version includes an extension for the main browsers (which also works on Google Docs), as well as a desktop version. The free version checks grammar, spelling and punctuation. If you don’t like installing software, you can use its fully-featured web editor instead, which you can open in your browser of choice. The paid version points out more mistakes, as you will see from my sample results below. According to the website, the paid version additionally checks for fluency, conciseness, readability, tone detection, compelling vocabualry, and formality among other things.

Both versions do not just highlight the errors, but also offer an explanation of why they are wrong and what the correct grammar of each mistake is.

The premium version of Grammarly caught 15/16 mistakes. It only missed sentence 15. By all accounts, this is an amazing feat.

You can check out Grammarly for yourself using the banner below (and, yes, it is an affiliate link, so I’ll earn a small commission if you sign up using this banner):

ProWritingAid also offers a free and a premium service. The free version only allows you to check up to 400 words at a time, and you can only use the web editor from your browser. If you pay for the premium version, you get an extension for your browser (which also works on Google Docs) plus the desktop app which can open and check your Scrivener project. I cannot emphasise how important this last feature is since many authors and content writers use Scrivener for their projects (Note: please sign up for my newsletter, from the sidebar on your right, if you want to be notified about my upcoming Scrivener 3 guide or if you are already a Scrivener user you might be interested in reading this article here).

ProWritingAid is perhaps more suited for long-scale projects and offers way more analytical reports since it can also check for repetitions, dialogue, consistency, provide an online thesaurus, structure, clarity, etc. Just to let you know that Grammarly also offers some of these features, but the difference is that Grammarly shows you all these suggestions within one report. In contrast, in ProWritingAid, you have a choice between a single report or an individual report for each set of checks. Also, like Grammarly, the grammar and reasoning behind each mistake are explained.

As you can ProWritingAid is a complete kit, offering a plethora of options and features. If you want to sign up and try it out, you can use the affiliate link below:

Conclusion: Which grammar checker should you choose?

So which app should you use? If you don’t want to spend the extra money, you can use all four grammar checkers for free. Just remember that the extension of Microsoft Editor has just been released so you might get better corrections if you use the Editor that is included in Word. Also, if you want to use the Google Docs editor, obviously you can do that only in Google Docs.

As for Grammarly and ProWritingAid, it’s slightly more complicated to reach a conclusion.

ProWritingAid’s free service will find the same mistakes as the paid version. However, it will only limit you to 400 words of text, and you can only use the web editor (no extension, nor the desktop app in the free plan). The premium version, which costs less than Grammarly premium, will give you the desktop app that supports Scrivener files.

Grammarly’s free service, on the other hand, does provide you with an extension and a desktop version, but the premium version finds more mistakes. In fact, from my sample results above, Grammarly premium is the clear winner catching 15/16 mistakes. Still, it has to be said that it’s more expensive than ProWritingAid.

Tough decision, I know. If you want my advice, have a look at my sample of 16 sentences again. Focus on the mistakes that you usually do or the ones you consider the most important for you. And then read my sample test results for each of the four contenders to see which service suits your needs. You can leave your feedback in the comments section below.

Disclaimer: The features and sample results discussed above are only accurate at the time of writing (23rd April 2020). It is expected that all four services will develop rapidly and by the time you read this, you should expect more features to have been added in all four of them. In fact, I cannot vouch for a specific service because in the near future any of these checkers might overthrow the others in terms of features and accuracy. The author of this article should not be liable for any dissatisfaction from the above services, and this article is only to be used as guidance. Ideally, the potential buyer should try each service before actually purchasing it to make sure it’s the right one for them. Finally, the author might earn a commission from the links to the above services.